I recently went to NHS EXPO and noticed something strange; nearly everyone who I networked with called me ‘Annie’. Now most of you all probably know me as Annie and if you were to meet me in real life you would perhaps call me Annie too, so why is this so strange?

I joined Twitter in July 2012. I remember creating my account and wondering what I would call myself; I instinctively thought it needed to be memorable and reasonably short. I had an ex-boss who used to call me ‘Coops’ so I tried that first but – it’s a common name, Cooper – it had been taken, so as it turned out had AnneCoops. 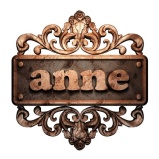 You see my given name is Anne, no middle name, hard to shorten or abbreviate. Everyone who knows me in my family and most of my friends would never call me anything else (unless they were being rude; matron has been known). It was just a flash of, you might say, inspiration – and AnnieCoops was born.

Since then my life lived via social media has been a really fun experience. My career and working life before 2012 was fine but the opportunity to develop my networking skills has allowed me to create a new social ‘me’, I hadn’t really expected Annie to stick in the way that it has. As AnnieCoops I have met many many interesting and incredible people and I hope very much that it won’t stop here.

I never thought of myself as Annie, in fact my paternal Grandmother, who I was not particularly close to, was called Annie. I didn’t think I matched the name but somehow it’s taken a life of its own, so much so that at EXPO I heard my self say (I cringe) to Kate Granger (of all people) ‘Hello, I’m AnnieCoops!’ I have even bought the domain name anniecoops.com for my blog.

It’s become part of me and my persona. I don’t think it was ever a deliberate act but I have completely embraced AnnieCoops and now love being called Annie. It tells me quite often where I know you from and how long we have chatted! Life often creates strange and interesting twists and turns, and I hope AnnieCoops will stick for a long while yet!

So, what’s your twitter name and what does it say about you?