After 34 years I can still remember her. Why is it that some people we care for seem to make an indelible mark on our memory?

She was the wife of a patient. I worked in Scarborough so lots of older people came on holiday, lots and lots of them; seeking sunshine, the Spa and the long line of  slot machines, ice cream and bingo on the front. They came in droves when the sun came out, despite the continued chill of the North Sea. Of course some of them became unwell. 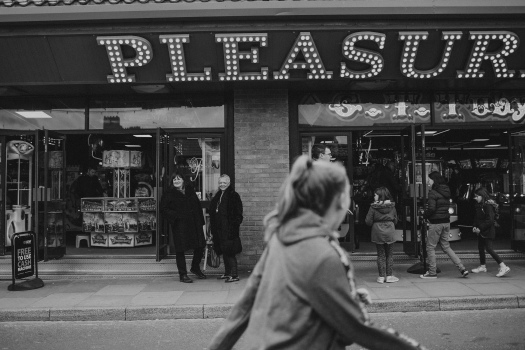 He had chest pain. An older gentleman. He was tall, upright and smart.

She in contrast was tiny, like a little bird. I can’t remember where she came from but she had a strong accent, possibly Eastern European. She seemed very exotic.

I was a nearly qualified third year student, close to my finals and, as a result, was allowed to work on the three bedded coronary care unit that was part of the male medical ward.

I was always wary of getting too close to families but she was all alone. No family nearby. No other visitors but her. It was before open visiting but we used to let her come and go.

She seemed to take a shine to me. She used to chat ten to the dozen and sometimes I just couldn’t keep up.

Eventually their hotel or b&b booking must have finished because she moved into a room we had for relatives. She asked me daily to go and have tea with her. She wanted to read my tea leaves! I wasn’t sure about this at all!

Eventually I relented and we had tea. She tipped my china tea cup up and looked inside.

She said: I see a place, it’s name starts with ‘L’, I can see money, not riches but enough. She looked up at me, with pale blue eyes and said I can see a tall dark stranger and you will marry him within the year.  I thought she was so sweet; I hugged her and went off to my early shift.  I also thought she was a little bit strange and had a little laugh to myself!

Eventually they went home together. He recovered and I hope he did well.

The other girls had quite a laugh at her predictions. I had no boyfriend and what place started with an ‘L’?

18 months later, I was married to my now husband and living in a little tiny house – 10 Leeds Road.  I smile now. Perhaps my memory has gone awry!

One of the best things about nursing are those people we are lucky enough to meet along the way. We are part of some of the most difficult parts of their lives and we must leave our own marks on their memories but they leave their indelible marks on us too.

Sent from my iPad

2 thoughts on “Indelible marks for #70nursebloggers”