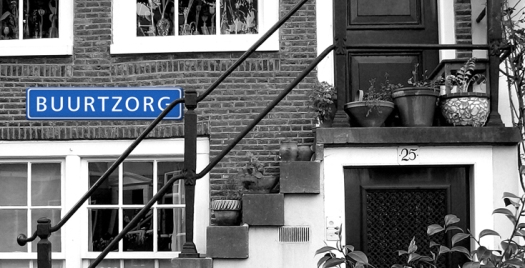 I was watching the Florence Nightingale Conference 2016 remotely last week and I was delighted to see Jos de Blok., the CEO of Buurtzorg on the platform describing the evolution of Buurtzorg neighbourhood nursing service – he never fails to impress and his charismatic leadership shines through his presentations. As a Florence Nightingale Scholar I was privileged to actually visit Buurtzorg and go out on visits with a nurse and I have blogged about that experience here.

What struck me again last week was the question I keep getting asked – ‘Why can’t we do it like Buurtzorg here in England?’

When we visited the Netherlands I remember someone asking Jos what, in his opinion, was the biggest challenge in the UK to implementing a similar model to Buurtzorg. His response? ‘You are a brownfield site.’

Brownfield is a term used in urban planning to describe land previously used for industrial purposes or some commercial uses. Such land may have been contaminated with hazardous waste or pollution or is feared to be so.
Brownfield land – Wikipedia, the free encyclopedia

For those of you who are unsure what his meaning was the term brownfield site is used in planning terms to refer to a site that has already been developed, in contrast to a greenfield site where there is no existing development.

The same terms are also used in software development and deployment, where the presence of existing systems makes the transfer across to a new system more complex; there are legacy systems to consider and potentially old networks, boxes and wires to deal with moving from old to new.

When Jos set up Buurtzorg he didn’t have to worry about any of those things. He was able to start small and build and set up everything from new. He was able to learn and test the approach as he went along and could make decisions about how fast to develop without dealing with a concern about maintaining a nursing service to existing patients. 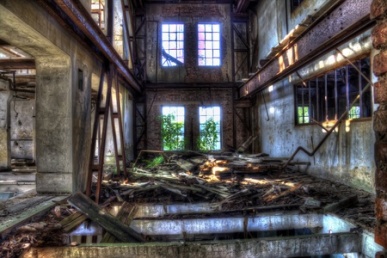 So the answer to the question ‘Why can’t we do it like Buurtzorg here in England?’ is a complex one. But here are some of the potential answers:

Just a few of my thoughts. If I had the power though, I would have a go. The experience of visiting with the nurse I spent time with was unforgettable and reinforced for me the reasons why I went in to nursing in the first place – as Jos would say ‘doing what is normal’ and what is ‘common sense’.

You can watch Jos talk about Humanity above Bureaucracy here.  Listen to why he says he started Buurtzorg!