Recently I was lucky to be a member of a leadership Indaba. An Indaba is a South African word often used to describe a gathering or meeting and I was with a diverse group of leaders thinking about the system challenges we see in the health and care system and this blog is my reflections at the end of the Indaba. 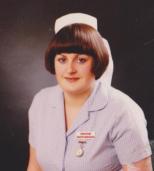 I started my nurse training on 31st January 1983. As it turns out 1983 was quite an important year for the NHS too. On 6th October of the same year the Griffiths report was published. Funnily enough it was mentioned in our training; I can remember being intrigued as to why a Director from a supermarket called Sainsbury’s should be asked to look into how the NHS was run. We didn’t have a luxurious Sainsbury’s in the North East where I lived so that made it exotic and slightly strange and I confess I might have been more impressed back then if it had been M&S! Little did I know how important that report was going to be for the NHS but also my career.

Sir Roy Griffiths was asked by Margaret Thatcher to look into and give ‘advice on the effective use and management of manpower and related resources in the National Health Service’. As the Griffiths recommendations were implemented it started the evolution of a strong management culture that had by all accounts been lacking before this. Griffiths clearly pointed out that in his opinion there was little difference between NHS management and business management and the NHS went on to be restructured into a management hierarchy not unlike a national ‘for-profit’ business.

So how did that affect me? By the time I qualified in 1986 many of these structures were in place, budgets were devolved to wards and gone had ‘nursing officers’ and we had brand new ‘unit managers’ (who often happened to be a nurse). The first additional serious studying I did was a Certificate in Management, I had already been identified as having potential so this was the first thing that was suggested, and I went on to complete a Diploma in Management. I was ambitious and had a hunger for a healthy career – studying management was the way to go!

I believe that most of the senior managers in the NHS of my generation were brought up this way. Of course we need excellent general management in the NHS, probably more so than ever before, but this type of approach and culture may not be the only thing we need in 2015. Most senior managers are of my generation and if they have a career spanning decades in the NHS they too are likely to have a background context firmly embedded in general management. 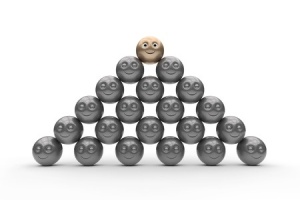 Managers work through cultures of systems and order – give them a messy problem and they will seek to resolve it in a systematic and logical way. They most often seek order and control and although they believe in delegation, power is only given with a good dose of performance management sprinkled, or is it heavily blanketed, over the top. They seek organisational structures with clear and logical relationships, the right ‘span of control’ and formal reporting mechanisms that allow them to feed their external regulators. They seek to be successful at an organisational level as that means survival of their organisation – they are organisationally centric.

I was trained and educated like this but I believe that in 2015 and beyond it will no longer work. Over the last few years I am starting to see that the complex adaptive system that is the health and care system can’t survive if we behave like this and yet I still see these old styles of thinking. We often say the right things but we don’t walk the walk. So what do I mean:

In the new world working across communities, which is what we need to do, means giving up power and sometimes resources for the greater good. If we are going to change the way we deliver care it means some organisations will have to change and give up some of their share.  It takes good managers to make this happen but it takes guts to lead it.

I have blogged about this before, and I won’t repeat it here, for me Buurtzorg remains a fantastic example of siting power in organisations back where it matters, in the staff working directly with communities.

Change in the way that we need it means messiness. It means small may be beautiful, that solutions delivered in local communities may be messy unpredictable and probably don’t look like to corporate solutions managers know best. It’s taken me a while to get used to this, the idea that each local ecology may be different from its neighbour but that’s how it is – messy and complex – so get used to it!

Salford Dadz for me is a perfect example of how messy can be glorious and beautiful – you can read more about it here. I’m not saying that it’s disorganised or out of control, more that its perhaps unexpected and beautiful for it – an example of asset based community development outside of the corporate systems with a unique system of its own.

3     The role of citizens and the impact of unexpected choices

Systems think they know best for people. I hear people talking this way all the time, assuming that all the expertise is in the ‘system’ and implying that there is none beyond. I do not believe this is true. Citizens, patients if you prefer, or even service users, may also have other ideas about what is the right thing to do and choose differently.

I remember working on a rehabilitation ward a couple of years ago. At the team meeting they were discussing a lady who wanted to go home. She wanted to go home despite the fact she couldn’t get up independently during the night to go to the toilet. She chose to go home and be ‘padded up’ at night, preferring her own bed and a sort of adult nappy rather than being in a care home or institution. It really made me think about the choices I might make. We may have some way to go with personal budgets but I think they could provide a way for people to make different choices. As system leaders we will need to help to make these things a reality even if they mean breaking up what we know and throwing it away and living with unexpected choices.

4     Finding energy where it smoulders

Lovely Victoria Betton, wonderful Roy Lilley and me kicking off the #PDDawards15

We need to find the energy where it smoulders, in communities, in people, in hearts and let it burst into flame. As well as the Indaba I have been helping Victoria Betton (@victoriabetton) to deliver the People Driven Digital unAwards – a celebration of people and solutions that come from the ground up. We had the award ceremony on Friday 3rd July (you can see the nominated people here) and its humbling to hear about people finding solution to problems for themselves. Yet we do little in the way of supporting these people, our systems are bureaucratic and laborious, almost impenetrable – we need to take some of this red-tape away to let the smouldering passion burst into glorious flames – this is how we can find new solutions. By the way the solutions came from everywhere, not just ‘patients’ but from staff, students and citizens with a drive and ambition to make things better. It was humbling.

I think John Kotter is right that in addition to formal systems we need to have in place there is a role for networks that sit alongside. The role of networks is the more creative change work, whilst letting managers get on with making sure the books balance and the operational services remain on track. These networks need to operate beyond the boundaries of organisations and may be populated with unexpected people. These will be the people who want to make a difference, the ones who are smouldering with the passion to do things differently and they will drive the change. Gone are the days when networking was just about careers now it’s about doing real business, making connections that drive and shift the whole system ecology.

So all in all the last year has been great for thinking. The last few years have helped me to perhaps evolve past the manager I was trained as in 1986 and I look forward with to the messy unpredictable future we face.

One thought on “A messy unpredictable future?”