This reflection was prompted by a conversation a group of nurses were having on Twitter.  We chatted about how much responsibility we had shouldered when we were students.  I can remember taking charge of a ward as a third year student on nights; it wasn’t uncommon where I trained back in the 1980s.  Although this wasn’t what made me scared I am glad that this no longer happens. 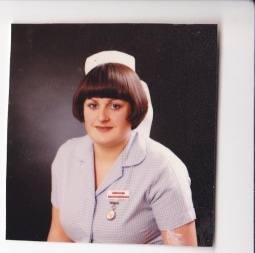 These conversations took me back to when I had first qualified.  Essentially there is only one day’s difference between being a student, and wearing a staff nurse’s uniform; one day in white and the next day in blue.  Perhaps if I had stayed at the hospital I had trained at it would have been easier; it was a small hospital so everyone knew me and would have known I was as green as grass, even though I was competent – I had, after all, just passed my finals.

But that isn’t what happened to me.  I moved from a very small district hospital (we had 8 wards in total) to St James’s Hospital in Leeds.  At the time it was the subject of the ‘Jimmy’s’ programme, one of the first hospital ‘fly on the wall’ documentary and was notorious as the largest hospital in Europe; I couldn’t have gone to a more different place.  My first job was as a staff nurse on a 6 bedded coronary care unit, with 6 telemetry channels; I loved it.  I love acute work but I liked the fact the patients were awake unlike in ITU.  But of course it was a pressurised environment.  The sister at the time was amazing but she left within a few weeks of my arrival and in what seemed like no time at all I was rostered to be ‘in charge’ on nights. 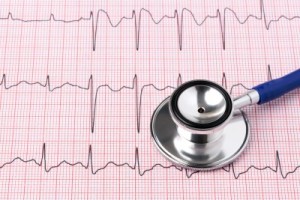 Just to put this in context, the nurses on the CCU only had the support of house officers at night.  The house officers often looked to the nurses for guidance and advice – in my situation I really felt exposed and it was like the blind leading the blind.  I really hope this would never happen now!

I can vividly remember driving down the motorway to go on my nightshift feeling really sick, gripping the steering wheel hard, and praying that nothing would happen. Life isn’t like that though is it?

It can’t have been my very first shift but not much later (I was still at the feeling sick stage) I turned up for work and took handover from another staff nurse, Pete (I wonder where he is now).  I will never forget what happened next.

We took handover in the middle of the unit – we could see all the beds.  While we were handing over Pete had given a gentleman a bottle, he couldn’t pass urine in bed and Pete had assessed that he was well enough to stand to try to pass urine into a bottle.

We completed the handover and Pete left the unit, leaving me with a (then) nursing auxiliary.  He had just left, we were moving towards the curtained bed and there was this almighty crash.  The man had arrested, face down on the floor, wrenching out his heparin pump in the process and of course this was bleeding.  What followed taught me what I was capable of; not flapping and taking practical steps to do the best I could to save the man’s life.  The crash team were prompt but we couldn’t save him.

The next part is why I remained scared for quite a long time.  I had never told anyone that someone had died before.

This gentleman’s wife, not an hour before had been visiting her husband; apparently everyone thought he was doing very well.  She must have left the hospital worried – he was on CCU after all – but reassured too, he was alive and well when she left him.  When she got home the phone was ringing.  It was me; please could she come back to the hospital?

We didn’t have a relative’s room; we used the sister’s office on the adjacent ward to break bad news.  I can see the room now, blue carpet, brown furniture, big desk; not an ideal space to do what I had to do.  I did the best I could carefully explaining that her husband had died.

I didn’t expect what happened next.  The lady grabbed me by my uniform, around my neck and thrust me up against the wall.  She screamed that she didn’t believe me and what had I done to him?  I remember my surprise and being scared as I was on my own and she was really very upset.

I must have sorted it out somehow and I know I will have tried to do that as well as I could but those moments that happened around 26 years ago are still quite vivid.  I know there has to be a first time for everything but I am honestly not sure I was ready or that I got the help I needed afterwards.

I learnt to cope, I know that I used to be able to be relied on in a crisis (I suspect it’s still true but untested of late) but I do feel I learnt the hard way.  But why is it important and what did I learn? It taught me to make sure newly qualified nurses are given proper support and preceptorship.  It taught me how resilient I am.  I am not fazed by breaking bad news anymore and it no longer makes me feel so sick, although it’s always something I find challenging – but that’s normal.

But I remained scared for quite a long time – so scared I used to feel sick!  Have you ever been so scared you feel sick?

33 thoughts on “Have you ever been so scared that you feel sick?”